A companion site for the television series featuring a fully interactive timeline of the past 4567 million years in the Australian landscape.

During the research for a documentary series Essential Media gathered a large amount of information that couldn’t be included in the TV episodes. Hoodlum was commissioned to build and interactive website to complement the series and make this extra information available.

The clients were very happy with the final outcome of this project and, despite the show not currently airing, it still receives traffic on a daily basis. I am particularly proud of being able to find a logical and usable organisation of the data while maintaining the aesthetic goals of the project. 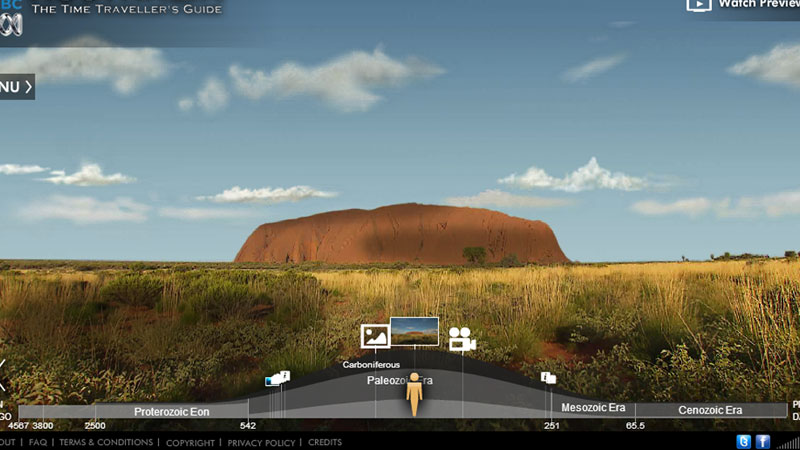 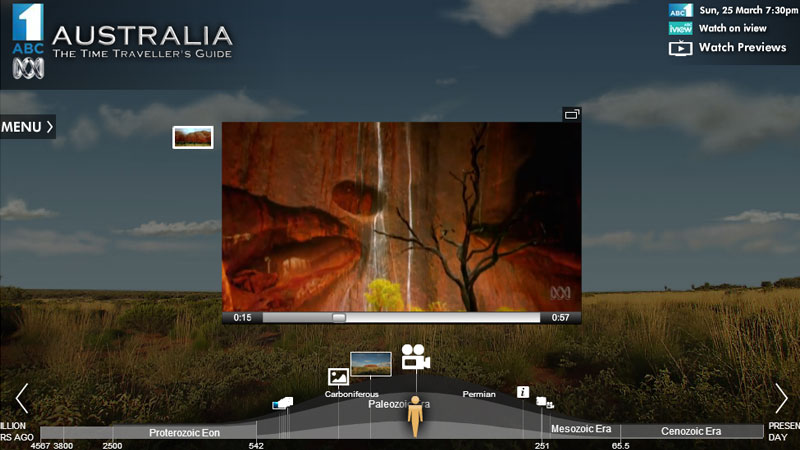 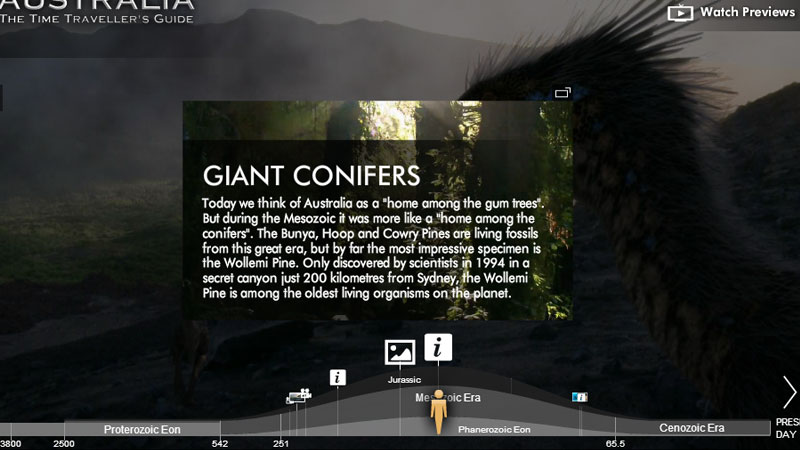 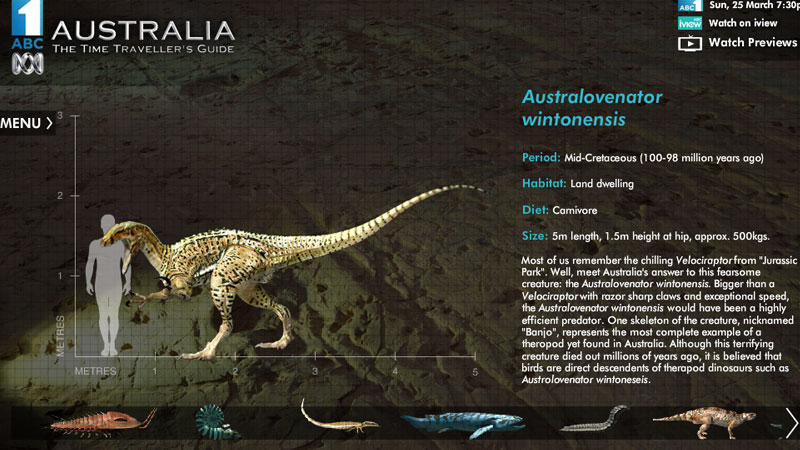